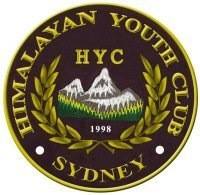 HYC is one of the oldest community clubs of Nepali origin in Australia. It is pleased and proud of its history and achievements.

Originally established in 1998 as North Shore Football Club, the local boys in and around Neutral Bay area in Sydney initially started playing football and socializing in their spare time. The team was full of talented and competitive individuals; hence a serious football team was born. The team started to participate local tournaments in Sydney namely GNC and NAWS competitions. In the following years, a lot of newcomers joined the club and truly expanded the club, so the club decided to move its training venue to Ashfield Park. Now HYC stands as a registered youth club with more than fifty families dedicated in providing the Nepali youth of Sydney some quality time.

Himalayan Youth Club was renamed, reformed, and expanded in 2000 as a complete Youth Club to meet the needs of increasing number of new compatriots in Sydney. HYC since has been registered as a Non-Profit Organization with many active members. The club has been dedicated in providing Sydney’s Nepali Youth platform to socialize and highlight individual skills and talents. Over the years, it has won over 15 trophies and the achievement continues.

HYC has given an opportunity for many Nepali youths in Sydney to participate in sporting activities and other enjoyable events. The club will be a perfect place for newly landed Nepali students to make new friends and play sports of their choice. The emphasis of the club has been on having fun, and HYC believes in having fun by doing stuff not by sitting around and letting life pass you by. HYC’s goal is to turn your social life around, once you are in “it”, you will never have to be short of sports partner, never have to sit home all alone, watching never ending soaps. Sports, BBQs, dance, musical events, camping, tours; you name it, if it’s fun we will do it.

The sport that the club is currently occupied with is football, although we have recently started to play basketball, badminton and cricket. Cricket and table tennis is being introduced in its program. Its football team of over 50 players and coaches goes through its training ritual every Saturday and Sunday.

Members are encouraged and supported in organizing all kinds of activities that they have an interest in. The club is thinking of publishing a regular news letter to keep all the members informed on up-and-coming events. This website, of course, has the forum to discuss everything under the sky; we will surely challenge the boundary of the freedom of expression. Once again, the emphasis is on having fun!